A Brief History of Swindon

Like most places in the UK Swindon has gone through many phases and has changed dramatically over the centuries. 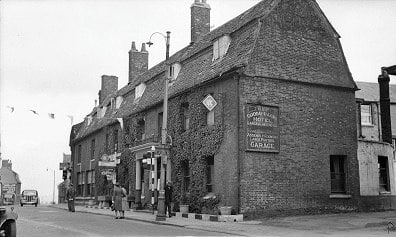 Swindon actually started as Saxon village. Call Century Swindon was only a small village and all the time it grew into a small town. Historical records show that they were probably not more than 600 inhabitants until the 1700s. By the 1800s Swindon had grind to about 1,200 people and doubled it’s population.

In 1810 the Wiltshire and Berkshire canal Was built and by the 1830s the population of Swindon had grown to almost 2,000 people.

The year 1840 Is the year that started swindon’s transformation into a railway town. This was the same year that the Great Western Railway reached Swindon. In 1842 a railway maintenance building was opened and by 1848 there was a work force of 180 men.

From then on Swindon started to grow quite rapidly. At the time that was really nice heavy industry in the area so all the workers that were employed by the railway company moved to Swindon. Naturally this is when all the small villages around when did started to appear.

Over the next few decades  Swindon kept growing and by 1881 its population reached about 15,000 people. But it was not all Swidnon. It was divided though two settlement borded by the fields. Old town and new town.

By the early 20th century the two towns that made up Swindon were merged together. And they were made into a Borough. By the 1920s Swindon had grown to about 54,000 people.

Over the last 100 years Swindon has become a very diverse  while some things have stayed the same. Thanks to the early Railway days major corporations still how’s the headquarters in Swindon creating a thriving economy and countless jobs.

These days the steam engine obviously no longer runs. In 2000 the Great Western Railway Museum open to honor the history that made Swindon what it is.

The population of Swindon in the 21st century is now around 200,000 and it is seen as one of the fastest growing towns in Europe.